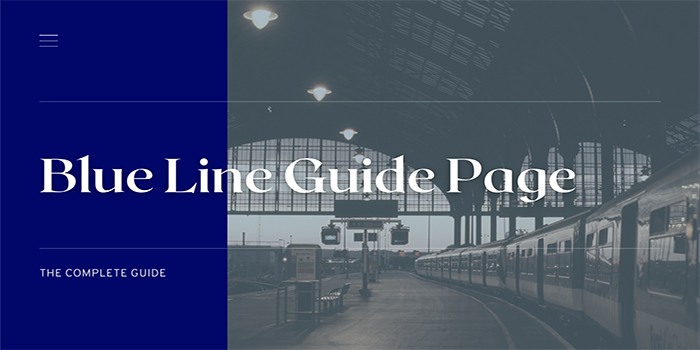 Everything you need to know about using the Blue Commuter Line which connects Jakarta Kota Station to Cikarang Station.

In 2017, the Blue Line was extended with the addition of four stations beyond Bekasi Station: Bekasi Timur, Tambun, Cibitung, and Cikarang. Currently, Cikarang is the terminal station on the Blue Commuter Line and it’s located west of the capital city.

Bekasi is a popular satellite city. It is common for locals living in Bekasi to commute every day using the commuter to and from Jakarta for work commitments. Consequently, you can expect the Blue Line to be really busy. This is especially true during the week when employees are heading to/from work.

In general, the Blue Commuter Line, similar to the other lines in the network, is very busy in the morning and from mid-afternoon to evening.

Since Jakarta’s roads are also jam-packed at these times, the commuter provides an efficient means for locals to bypass Jakarta’s notorious traffic jams. It is also very affordable, which makes it a practical mode of transport even for working-class Indonesians.

If you plan on using the Jakarta Kota – Cikarang Line, then the quietest day is Sunday. This is commonly known amongst locals. Saturday is the next best option to avoid the crowds.

If you begin your journey at Jakarta Kota Station you will notice that the next seven stations are shared with the Red Commuter Line. After Manggarai Station the Blue and Red Commuter Lines separate. Therefore, be sure to check the terminal stop for the train you are getting on.

The Jakarta Kota – Cikarang Commuter Line is considered to be the third busiest line in the network. The Yellow and Red Lines transport more passengers on an annual basis. Despite this, the Blue line does still offer passengers access to some of Jakarta’s most popular areas.

Jakarta Kota Station is a very popular stop for accessing all of the sights and museums in Kota Tua – Jakarta’s colonial area.

If you travel further south on the Blue Line you will travel to Juanda and Gondangdia. These are the two closest stations to the Monas – Indonesia’s National Monument in central Jakarta. Gambir Station is currently not being used as a stop on the Blue or Red Commuter Lines.

Jatinegara Station is another popular stop on the Blue Line for people in Jakarta. You can walk from the station to the Gem Market and Jatinegara Market. Both of these are very interesting to explore!

Regardless of whether you are traveling from Cikarang to Jakarta Kota or vice versa, the Blue Commuter Line consists of three transfer stations. They are summarized below:

Manggarai Commuter Station – Transfer to the Red and Yellow Line

If you are starting your journey at Jakarta Kota Station in the north, then you can transfer from the Blue line to either the Red or Pink Line.

The Red Line will continue south to Bogor Station whereas the Blue Line will head to Bekasi and Cikarang.

The second transfer station on the Blue Line as you head south towards Cikarang is Manggarai Station.

This is a very strategic station because it offers the chance for passengers to transfer to the Red and Yellow commuter lines. The Red Line continues south to Bogor –  a very popular weekend destination for Jakartans. The ‘Yellow’ loop line services trains to popular areas such as Tanah Abang (famous for textiles), Pasar Senen (bustling markets) and Bogor and Nambo.

The third transfer station on the Blue Commuter Line in Jakarta is Jatinegara. This also connects passengers with the Yellow Line. If you want to access Pasar Senen, then it makes more sense to transfer here opposed to at Manggarai.

There are currently no transfer stations south of Manggarai Station on the Blue Commuter Line.

The Blue (Jakarta Kota – Cikarang) Commuter Line consists of 19 stations that are currently open and operational. The total line distance from Jakarta Kota to Cikarang or vice versa is approximately 44 km.  All stations on the Blue Line are built above ground.

You can access detailed information about each station by clicking on the Station names in the table below. The distance between every station is also included for your convenience.

To make your planning for Jakarta easier, you can also access the 3 closest accommodation choices to each station. The approximate travel time between each station and each individual property is also included as a guide to help you book rooms at the most practical properties.

The Blue (Jakarta Kota – Cikarang) Commuter Line in Jakarta is only one of six lines in the entire network.

The other lines in the KRL Commuter Network can also help you to access important markets, museums, malls, parks and attractions around Jakarta and neighboring cities. All lines have supporting accommodation information as well. You can access each commuter line using the links below

The commuter network in Jakarta is also integrated with other transport systems throughout the city as specific stations. This Jakarta Transportation Guide provides information about how each form of public transportation in Jakarta including the MRT.

You can also access information about getting to/from the airport using the Jakarta Airport Guide.