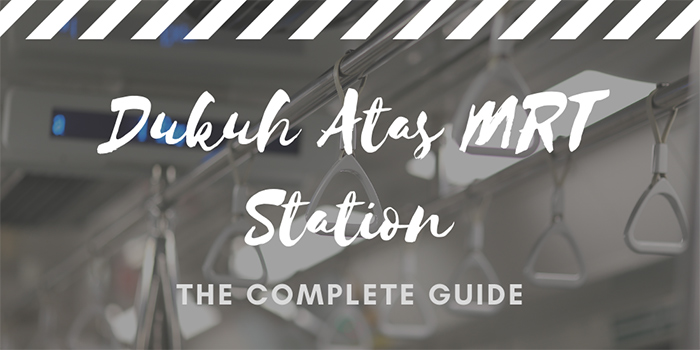 The Complete Guide to Dukuh Atas MRT Station in Central Jakarta. Everything you need to know.

It is conveniently located about 3 km south of the Monas (Indonesia’s National Monument) and 1 km south of Bundaran HI.

Dukuh Atas MRT Station is one of 13 stations making up Jakarta’s first ever MRT Line.

Jakarta’s only MRT Line runs all the way from Bundaran HI in Central Jakarta to Lebak Bulus in South Jakarta.

Dukuh Atas MRT Station is considered to be one of the most important stations along the M1 North-South MRT Line because it allows passengers the opportunity to transfer to other transportations services such as TransJakarta, the Commuter System, the LRT L1, and the Airport Railink.

Dukuh Atas MRT Station has two neighboring MRT stations, Setiabudi to the south and Bundaran HI to the north.

In the opposite direction, the distance between Dukuh Atas MRT Station and Bundaran HI MRT Station is also around 1 km.

Bundaran HI (in central Jakarta) and Lebak Bulus (in south Jakarta) are the two terminal stations on the M1 North-South MRT Line in Jakarta.

Bundaran HI is situated around two kilometers south of the Monas whereas Lebak Bulus is about 15 km southwest of the Monas.

Dukuh Atas MRT Station, like Bundaran HI, is located in central Jakarta. They are adjacent to each other. They are only 1 km apart from each other.

If you are travelling from Lebak Bulus to Dukuh Atas the track distance between these two stations is around 14.5 km.

You will make 11 stops along the M1 North-South MRT Line before reaching your intended station.

As it turns out, Dukuh Atas MRT Station is the ‘most connected’ station throughout the entire M1 North-South MRT Line in Jakarta!

At the moment there is only one MRT Line in Jakarta. So don’t worry about transferring to other MRT stations for the meantime.

BUT there are are other transfer options available at Dukuh Atas MRT Station such as to the TransJakarta network, the Commuter System, the LRT L1, and the Airport Railink that you might want to consider, however.

The LRT is still not open yet. This will be updated when it opens up!

What is around Dukuh Atas MRT Station?

Since it is one of the most convenient and connected MRT stations in the entire M1 MRT Line, it makes for a nice central location to stay in if you are sightseeing, partying at sky bars or conducting business in the city center.

There are some excellent shopping opportunities quite close to Dukuh Atas MRT Station.

You can easily access Tanah Abang and all the textile markets in that area by either taking the commuter, TransJakarta or another transport option. Tanah Abang is well known amongst Jakartans as as an affordable, bustling market area close to the city center.

One of the most efficient ‘mini-trips’ to make from Dukuh Atas MRT Station is to either walk, drive or take the MRT north to Bundaran HI – one of the iconic symbols of Jakarta.

Bundaran HI is a large roundabout that is surrounded by some of the best hotels in the entire city. As you travel around the roundabout you will notice the ‘Selamat Datang Monument’, also known as the Welcome Monument. It is located in the center of the roundabout.

To the south of the Monument is the Mandarin Oriental Hotel, to the west is Hotel Kempinski Indonesia, to the northwest the Grand Hyatt, and to the northeast the Pullman Jakarta.

If you have the budget, these hotels are superb choices for your time in Jakarta. They consistently host affluent international and domestic tourists. Their standards and services are excellent.

If you decide to travel from Dukuh Atas MRT Station north to Bundaran HI MRT Station you will also be within walking distance (100-300 meters) to some of Jakarta’s best shopping malls as well.

Directly north of Grand Indonesia is Plaza Indonesia – also an excellent mall that specializes in luxury products. The Grand Hyatt and The Keraton are two 5-star hotels that are directly attached to Plaza Indonesia.

Thamrin City is the third mall within walking distance of Bundaran HI MRT Station. It specializes in more affordable products and it is very popular with local shoppers.

The Ascott Jakarta is located between Grand Indonesia and Thamrin City. It is conveniently within close walking distance to both of these shopping centers.

Some additional points of interest not too far away from Dukuh Atas MRT Station include Taman Suropati, Taman Menteng and Taman Situ Lembang. All three of these are public parks in Menteng – an area northeast of the station.

Jalan Surabaya Market is also an interesting antique market that you might want to check out that’s located close to Taman Situ Lembang.

If you do want slightly cheaper room prices, however, you might want to consider staying a bit further south around Dukuh Atas MRT Station.

Some hotels to the south include:

All stated distances and times are relative to Bundaran HI MRT Station.

If you choose to go south on the MRT you will be able to visit other malls such as:

Driving from Dukuh Atas MRT Station to the Airports in Jakarta

Getting from Dukuh Atas MRT Station to Soekarno-Hatta

The distance from Stasiun MRT – Dukuh Atas Station to Soekarno-Hatta International Airport is 34 kilometers and it will take you around   55 minutes to 1 hour and 10 minutes.

Getting from Dukuh Atas MRT Station to Halim Perdanakusuma

The driving distance from Stasiun MRT – Dukuh Atas Station to Perdanakusuma International Airport is around 13  kilometers and this should take you around 35 minutes to 50 minutes.