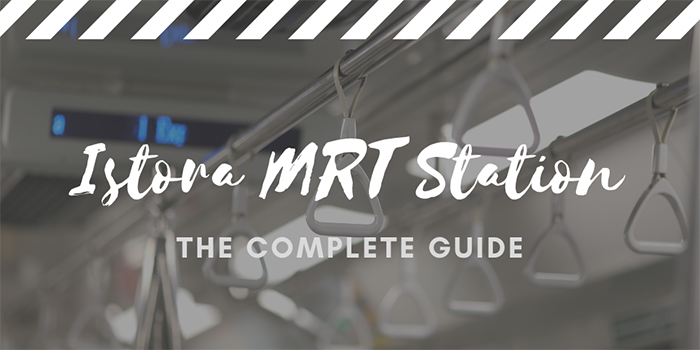 The complete guide to using Istora MRT Station in Central Jakarta. Find out all the information you need here, fast!

Istora MRT Station is located in central Jakarta, a few hundred meters away from the Jakarta Stock Exchange, 6 km south of the Monas and 4 km south of Bundaran HI.

Since Istora MRT Station is located in the more modern central business district of Jakarta, is it built underground.

The next closest station to the south is Senayan MRT Station.

The distance between Istora and Senayan is only about 800 m. This one of the shortest trips between any two stations on the M1 MRT Line. The distance is so short it might be faster to walk between them if you have to wait for the train to arrive!

If you decide to travel north from Istora MRT Station in the direction of the Monas and Bundaran HI MRT Station,  your next stop will be at Bendungan Hilir MRT Station (or Benhil MRT Station for short).

The distance between Senayan and Benhil is roughly 3 km.

Istora MRT Station is only 4 stations south of Bundaran HI, and therefore, much closer.

Istora is 8 stations north of Lebak Lubus MRT Station. The distance from Bundaran HI to Istora is approximately 5.5 km.

The distance from Lebak Bulus to Istora is about 10 km.

It is not possible to transfer from Istora MRT Station to another MRT Line.

This is the only MRT Line that exists at the moment, and it will be the only one for quite a long time.

If you get off at Istora MRT Station consider using TransJakarta, Go-Jek, Grab or a taxi for your onward travels.

What is located close to Istora MRT Station?

It is positioned directly adjacent to Gelora Bung Karno Sports Complex and one of the densest areas of skyscrapers in the central business district of the city.

Bung Karno and the Stock Exhange

Needless, to say, staying near Istora MRT Station is a wise decision if you plan on watching some international sporting competitions underway. You won’t even have to drive to get to the athletics park!

To the east of Istora MRT Station you will find the Indonesian Stock Exchange, as well as Pacific Place – one of Jakarta’s best luxury malls.

The closest mall to Istora Station is Pacific Place. It has excellent restaurants, shops and it has one of the best 5-star hotels in the entire city physically attached to it – The Ritz-Carlton Jakarta, Pacific Place.

The Ritz sometimes hosts international performances. For instance, Brian Adams had a concert there back in 2017. It is an excellent place to stay in the city.

This is not the only mall and excellent hotel near Istora MRT Station.

Only about 250 meters southwest of the station you will find – fX Sudirman. This is a nice, small mall with affordable restaurants (considering that it is located right downtown in central Jakarta).  It also has a hotel physically attached to it – HARRIS Suites fX Sudirman.

If you get the opportunity to stay at a hotel that is attached to a mall in Jakarta, this can be a wise choice to cut down your time navigating through Jakarta’s traffic.

If you want to explore some other shopping centers that are within a few kilometers of Istora MRT Station you could consider:

In general, the area around Istora MRT Station is very convenient if you want to be able to walk around a bit while staying in the city.

This is one of the most modern and metropolitan areas in Jakarta. There are sidewalks, unlike many other areas of the city!

It is also one of the most expensive areas for dining out. Senopati, which is located south of Pacific Place, has some of the best restaurants in the city. Because there are many corporations headquartered in this area (including Google Indonesia), expect well-dressed business attire to be commonly seen.

If you want to stay in one of Jakarta’s most developed areas with first-world architecture, consider booking a room near Istora MRT Station.

Some additional accommodation choices nearby include:

***All of the distances and times stated above are in relation to Istora MRT Station.

Driving from Istora MRT Station to the Airports in Jakarta

Getting from Istora MRT Station to Soekarno-Hatta

The distance from Stasiun MRT – Istora Station  to Soekarno-Hatta International Airport is 29 kilometers and it will take you around 40 minutes to 55 minutes.

Getting from Istora MRT Station to Halim Perdanakusuma

The driving distance from Stasiun MRT – Istora Station to Perdanakusuma International Airport is around 13 kilometers and this should take you around 25 minutes to 40 minutes.