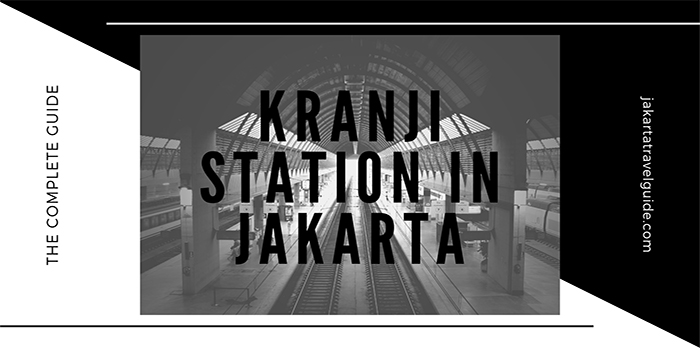 Cakung is a stop on the Blue Commuter Line which services trains from Jakarta Kota Station (located in Kota Tua West Jakarta) to Cikarang Station (southeast of Jakarta).

It is the 13th station south of Jakarta Kota Station and the 5th station from the Cikarang terminal end of the Blue Line.

If you begin at Jakarta Kota Station in Kota Tua it should take you about 55 minutes to slightly over an hour to reach Kranji Station.

If you start at the opposite end of the line, expect it to take approximately 30 minutes to get from Cikarang to Kranji. These are basic approximations since they will vary according to what train you board, the number of stops made along the way and the number of passengers alighting at each station.

Due to Kranji’s location in Bekasi, it is not possible to transfer to another commuter line at this Station.

You can, however, access the other lines in the network by travelling closer to central Jakarta on the Blue Line. Stop at either Jatinegara or Manggarai.

If you get off at Jatinegara you will be able to visit Jatinegara Market or the Gem Market.

You can also transfer to the Yellow Line (Bogor-Jatinegara Line) there to access Pasar Senen. Jatinegara Station is popular with shoppers due to the markets within walking distance of the station.

Manggarai is another transfer station that is one station closer to central Jakarta than Jatinegara. It is one of the busiest stations in the commuter network because the Blue, Yellow and Red Lines all intersect there.

Once you arrive at Manggarai Station from Kranji Station you can go to southern destinations such as Bogor, Nambo or Depok. You can also visit bustling Tanah Abang by travelling further east on the Yellow Line.

The next closest station to Kranji Station on the Blue Line towards central Jakarta is Cakung. The distance between Cakung and Kranji is about 3.1 km.

If you go in the opposite direction from Kranji Station towards Cikarang, the next closest station you will stop at is Bekasi. The distance between Bekasi and Kranji is 2.5 km.

Based on these distances, you can expect it to take slightly longer to reach Cakung opposed to Bekasi if you are beginning your trip at Kranji.

What is located around Stasiun Kranji in Jakarta?

Many of the stations along the Blue Line don’t have too many malls or markets close by. Fortunately, there are a few shopping options quite close to Stasiun Kranji.

Only 200 meters south of the station you will find Pasar Lama Kranji – a local traditional market. It should take you only about 3 minutes to walk there from the station. It is adjacent to Pertokoan Kranji – a small mall.

You can also walk or get a drive to Grand Mall Bekasi.

It has a department store and a cinema. Grand Mall Bekasi is only about 700 meters southeast of Kranji Station. It should take you less than 10 minutes to walk there once you get off of the train.

Driving from Kranji Station to the Airports in Jakarta

Getting from Stasiun Kranji to Soekarno-Hatta International Airport

The driving distance from Kranji Station to Soekarno-Hatta International Airport is around 55 kilometers and this should take you around 1 hour and 25 minutes to 1 hour and 40 minutes depending on traffic.

Getting from Stasiun Kranji to Halim Perdanakusuma

The driving distance from Kranji Station to Halim Perdanakusuma International Airport is around 21 kilometers and this should take you around 40 minutes to 55 minutes depending on traffic.