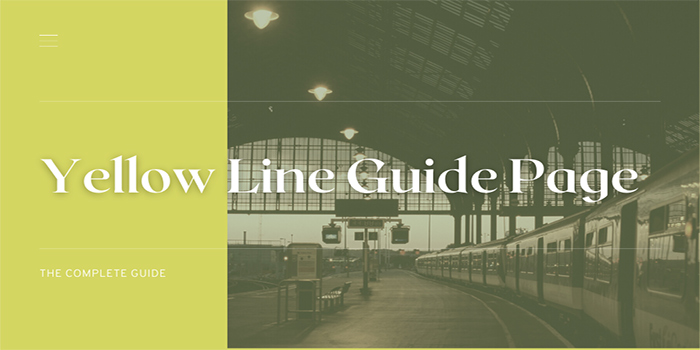 The complete guide to using the KRL Jatinegara-Bogor Route. Find all the information you need.

It is operated by KA Commuter Jabodetabek. As its name suggests, this line connects Jatinegara Station with Bogor. In case you are not familiar, Bogor is a popular weekend destination for Jakartans and an outlet to other nearby destinations such as Puncak.

There are multiple lines making up Jakarta’s commuter network, but the Yellow Line is definitely one of the most important lines for passengers. This is because it is the ‘loop line’ in the system. Since it technically ‘loops’ around Jakarta you can access various lines and attractions (such as markets, malls and museums) from the Yellow Commuter Line.

If you begin your journey at Jatinegara Station in East Jakarta and take the Yellow Line through the entire ‘loop’ you will go to east Jakarta and then eventually reach Bogor, Depok or Nambo in the south. This enables passengers to access strategic stations such as Pasar Senen, Duri, Tanah Abang and Manggarai along the way.

If you travel south of Manggarai Station on the Yellow Line, you will notice that the stations are shared between the Yellow and Red Line all the way south to Depok and Bogor. You can only access Nambo by taking the Yellow Line south.

The Yellow (Jatinegara – Bogor) Line is very popular with local employees working in Jakarta. The road traffic in Jakarta is particularly horrendous during rush hour. The Yellow Line helps workers bypass traffic-clogged roads into the south and central Jakarta for a very affordable price (usually 3,000) on a daily basis.

But there is a catch.

Expect very busy trains in the morning and after work on the Yellow (Bogor – Jatinegara) Line. If you ask local commuters they will always tell you that Sunday (Minggu in Bahasa Indonesia) is by far the best day to use the commuter system throughout the city.

Saturday (Sabtu in Bahasa Indonesia), is the next best day for using the train system throughout Jakarta and its neighboring satellite cities.

Due to the ‘looping’ nature of the Yellow Commuter Line in Jakarta, it has the greatest number of transfer stations in the network. In total, you can transfer at 6 different stations in the line. They are listed below for your convenience in counterclockwise order:

If you are starting your journey at Jatinegara Station in east Jakarta then you can transfer at this station to the Blue (Jakarta Kota – Cikarang) Commuter Line.

As you travel north on the Yellow Line you will pass Pasar Senen Station – a popular stop for market-goers.

Eventually, you will loop around to Kampung Bandan Station. Here you can transfer to the Pink (Tanjung Priok – Jakarta Kota) Commuter Line. This is a convenient place to transfer because you can access both Kota Tua and Ancol using the Pink Line. These two places are very popular with visitors in Jakarta.

The next transfer station on the Yellow Line is Duri Station. You can transfer to the Brown (Tangerang – Duri) Commuter Line here. This is also a convenient place to transfer to the Soekarno-Hatta Airport Railink train.

This is a fairly new option to get to/from the airport. It is particularly handy during peak travel times when road congestion is heavy. Refer to the Soekarno-Hatta Railink Guide and the Soekarno Hatta International Airport Guide for more information.

If you travel further south on the Yellow Line you will reach Tanah Abang Station. This station enables you to transfer from the Yellow to the Green (Rangkasbitung – Tanah Abang) Commuter Line.

Tanah Abang Station is a vibrant and bustling market area that is known for superb textile shopping. It has the largest selection and the cheapest prices for Batik in Jakarta.

After Tanah Abang to the two remaining transfer stations on the Yellow Line includes Manggarai Station and Citayam Station.

Manggarai Station is a very busy station in the network as passengers can transfer between the Yellow, Blue and Red Lines. This makes it one of the most important stations in the commuter system.

The southernmost transfer station is Citayam. You can transfer between the Red and Yellow Line here and also switch trains to access either Bogor or Nambo on the Yellow Line.

The Yellow (Jatinegara – Bogor) Commuter Line consists of 32 stations. The total line distance from Jatinegara to Bogor is 66.758 km. This makes it the second-longest commuter line in the network next to the Green (Rangkasbitung – Tanah Abang Line).

Unlike the other commuter lines in the system, the Yellow Line has three different terminal stations in the south:

Nambo-bound trains head east at Citayam Station. Therefore, be sure to double-check which train you are boarding and whether it will travel to Bogor or Nambo. You don’t want to waste time by going to the incorrect terminal station.

You can access detailed information about each station by clicking on the Station names in the table below. The distance between every station is also included.

To make your planning more convenient, you can also access the 5 closest accommodation choices to each station. The approximate travel time between each station and each individual property is also included as a guide to help you book rooms at the most practical properties.

The Yellow (Jatinegara – Bogor) Commuter Line in Jakarta is only one of six lines in making up the system. The other lines in the KRL Commuter Network also provide access to important markets, museums, malls, parks and attractions around Jakarta and neighboring cities. You can access each commuter line using the links below

You can also access information about getting to/from the airport using the Jakarta Airport Guide.