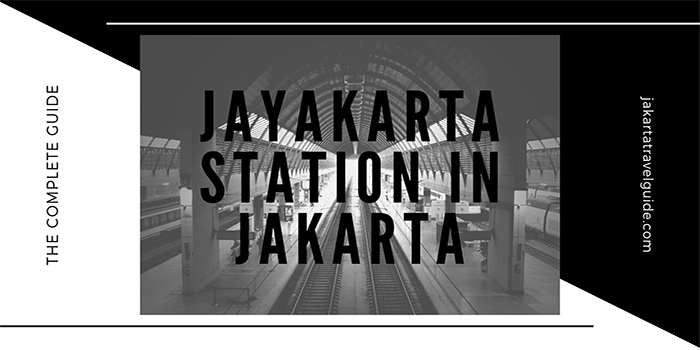 Jayakarta Station is a stop on two different lines in Jakarta’s commuter network.

It is the second station after Jakarta Kota Station on the Red Line that connects Kota Tua to Bogor in the south.

Jayakarta is also part of the Blue Line as well. The Blue Line services daily trains from Jakarta Kota to Cikarang and vice versa.

The first 8 northernmost stations are shared between the Blue and Red Line. Once you reach Manggarai Station it is important that you are travelling on the correct train because you will either end up in Bogor or Cikarang. These are completely different areas.

The closest station to Jayakarta is Kota Tua to the north and Mangga Besar to the south.

What is located around Stasiun Jayakarta in Jakarta?

Stasiun Jayakarta is not considered to be one of the most popular stations for tourists to stay near while in Jakarta.

It is not quite as close to Taman Fatahillah and all the other attractions in Kota Tua, as Jakarta Kota Station.  But it is still quite close to the Old Town, Chinatown and Mangga Dua relative to most stations in the commuter system.

Therefore, if you are staying at a hotel or apartment in this area, it shouldn’t take you long to reach many of the attractions north of the Monas.

Probably the most convenient place to visit is Kota Tua though. Simply take the commuter one station north and get off at Jakarta Kota. You can walk to all the museums in Kota Tua in five minutes from the station. Cafe Batavia is also a popular spot for visitors to Jakarta.

Some of the most positively reviewed hotels near Jayakarta Station include:

Although slightly farther away than the other hotels, Le Grandeur is also a popular accommodation choice near Jayakarta Station. It is an older property but it does have a gym, pool, and a pretty good breakfast with well-priced rooms.

Pasar Tumpah Pagi Mangga Besar is a local market that is within walking distance of Jayakarta Station. It is approximately 600 meters away from the station and it should take you around 7 minutes to walk to the market.

Driving from Jayakarta Station to the Airports in Jakarta

Getting from Stasiun Jayakarta to Soekarno-Hatta International Airport

The driving distance from Jayakarta Station to Soekarno-Hatta International Airport is around 23 kilometers and this should take you around 40 minutes to 55 minutes depending on traffic.

Getting from Stasiun Jayakarta to Halim Perdanakusuma International Airport

The driving distance from Jayakarta Station to Halim Perdanakusuma International Airport is around 18 kilometers and this should take you around 55 minutes to 1 hour and 10 minutes depending on traffic.