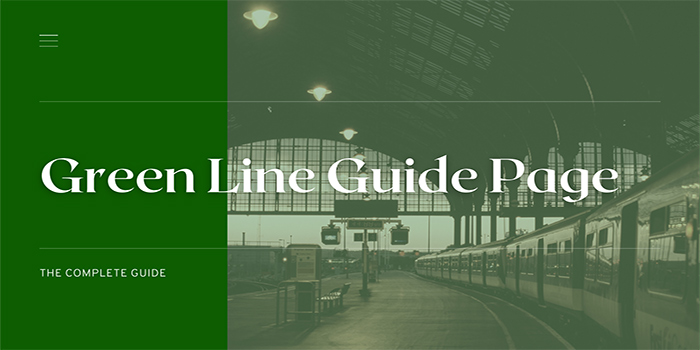 The complete guide to using the Tanah Abang-Rangkasbitung KRL Line in Jakarta. Find all the information you need.

The Green Line is Jakarta’s fourth busiest line in Jakarta’s commuter network in terms of annual passengers. Similar to the other lines in the system, the Green Line is busy during peak travel times throughout the week.

The Green Commuter Line is not particularly well known for sightseeing. But, it does offer direct access to one of Jakarta’s best market districts – Tanah Abang.

Tanah Abang is a bustling area that is famous among locals and international visitors for textile shops. It is regarded as the cheapest area in Jakarta for purchasing Batik – Indonesia’s coveted dyed fabric.

Tanah Abang Station is a great outlet to access the street markets and indoor markets in this part of Jakarta. The station is actually right in a market area. Therefore, you won’t have to walk far from the station to access shops and the bustling atmosphere that makes this area famous.

Tanah Abang Market is the largest and most famous market in this area of the city. Expect a large selection of fabric at affordable prices. While you’re in this part of town, also try to check out the Textile Museum (Museum Textile). It’s possible to make your own Batik garments at this museum.

Just remember that the workshop is at the back of the museum! Some visitors don’t realize that it even exists during their visit.

As you travel away from Tanah Abang Station towards Rangkasbitung on the Green Line you will travel through some partially developed and also rural areas.

The transfer information for the Green Line is pretty straightforward because there is only 1 transfer station in the entire line – Tanah Abang Station.

The Yellow Line is one of the longest and busiest lines in Jakarta’s commuter system. If you transfer from the Green Line to the Yellow Line, you will be able to access popular stations such as Bogor, Jatinegara, Manggarai, Depok and Nambo.

The Yellow Line is also called the ‘loop line’ in Jakarta. This is because it starts at Jatinegara Station in east Jakarta and ‘loops’ around to west Jakarta, and then goes south to Bogor.

A lot of people visiting Jakarta don’t realize how close Tanah Abang is to the Monas and many of the other interesting sites in Jakarta.

Some of Jakarta’s most popular malls and hotels are only a few kilometers away such as Grand Indonesia, Plaza Indonesia, and Thamrin City, the Mandarin Oriental and the Kempinski Hotel Indonesia.

You can also easily access the National Museum from this area of Jakarta.

The Green (Tanah Abang – Rangkasbitung) Line is the longest line in Jakarta’s commuter system, spanning a total distance of 72.769 km.

In total, the Green Line consists of 19 operational commuter stations. All of these are constructed above ground. The only underground train stations in Jakarta are part of the MRT.

Some of the distances between adjacent stations on the Green Line are quite far. For example, the distance between Citeras Station and Rangkasbitung Station is 9.847 km. The second-largest gap between two stations is the transition from Kebayoran Station to Pondok Ranji Station. The distance is 6.218 km. Therefore, expect some long stretches without any stops on the Green Line.

You can refer to the table below for detailed information about each station making up the Green (Tanah Abang – Rangkasbitung) Commuter Line. The table is organized

From Tanah Abang to Rangkasbitung.

If you are visiting Jakarta then it can be a practical decision to stay close to one of these stations. This is especially true if you want to beat Jakarta’s notorious road congestion.

The three closest accommodation choices relative to each station are included in the table to give you an idea of practical options while in the city. The table also summarized the approximate travel time between each station and each individual property. You can quickly select the most convenient rooms near the Green Line.

The Green (Tanah Abang – Rangkasbitung) Commuter Line is not famous for sights to see with the exception of the Tanah Abang area.

But keep in mind that you can also use the other five commuter lines in the city to access attractions, malls, parks, markets and monuments. Use the links below to access all the lines and supporting accommodation information for each station:

The commuter network in Jakarta is connected with other transport systems throughout the city at specific stations. You can use this Jakarta Transportation Guide to find out additional information about each form of public transportation in Jakarta including the MRT.