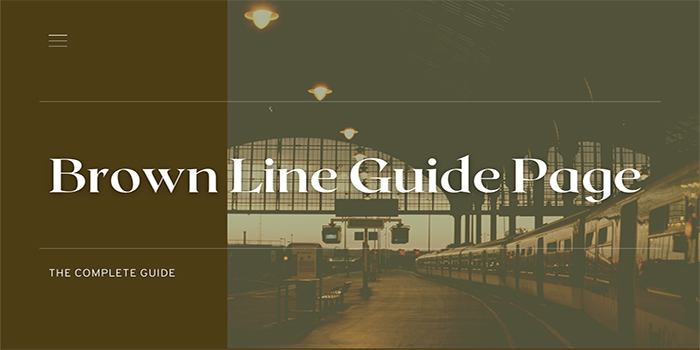 Everything you need to know about using the Duri-Tangerang Commuter Line in Jakarta: The complete guide.

Like the other lines making up the commuter network in Jakarta, the Brown Line is operated and managed by KA Commuter Jabodetabek.

Although the Brown Commuter Line in Jakarta receives its fair share of passengers it isn’t quite as busy as some of the other lines such as the Red and Yellow Line in the city. When you ride the Brown Line, especially during the morning and late afternoon to early evening, expect lots of passengers.

Due to the heavy traffic congestion from Tangerang to the city center, the Brown Line offers locals working in Jakarta with the opportunity to bypass traffic on the way to/from work. Therefore, be prepared for jam-packed trains throughout the week. In the morning the trains will be the busiest traveling west to east from Tangerang to Duri. In the evening, it will be busier east to west from Duri to Tangerang.

The best day for traveling on the Brown (Duri – Tangerang) Line is on Sunday. This is mainly because most locals are not working. Saturday, by comparison, is the next best day for using the commuter system throughout Jakarta.

The Soekarno-Hatta Airport Railink also travels on the pre-existing Brown Line track to Jakarta’s International Airport. Conveniently, Duri Station is one of the stops for the Railink. Therefore, it’s possible to get a train to the airport from the station as well.

Many of Jakarta’s most popular hotels, attractions and museums are not located along the Brown Commuter Line. Therefore, the Brown Line doesn’t cater to as many tourists as the Yellow and Red Lines. They service trains south to Bogor which is a popular weekend destination for Jakartans.

If you are traveling from Jakarta towards Tangerang then the most interesting station to get out at is probably Tangerang Station. This is the terminal station on the Brown Line. There are some interesting markets and museums within walking distance of the station.

The Brown Line in Jakarta is neither the shortest or the longest in the system. It only consists of one station that allows passengers to transfer to another commuter line – Duri Station.

Duri Station is the first station and the closest station on the Brown Line relative to central Jakarta. It is an important transfer station for a few different reasons. First of all, you can transfer to the Yellow Line at Duri Station. The Yellow Line (also known as the ‘loop line’ is one of the busiest, if not the busiest line in the entire network.

Duri Station is also important because you can also transfer to the Soekarno-Hatta Airport Railink from there.

This is a relatively new service that connects passengers at the airport to central Jakarta and vice versa. This is a real practical option when you either land or want to go to the airport during peak times when road congestion is heavy.

Batu Ceper Station is also a stop on the Airport Railink. This is the first station that the train from the airport stops at en route to central Jakarta. In case you are wondering, the Airport Railink utilizes some of the pre-existing rail track from the Brown Commuter Line. This helps to explain why you can transfer between the Railink and Commuter at these stations.

The Brown (Tangerang – Duri) Commuter Line consists of a total of 11 functional stations. This line spans a total distance of just under 20 km – 19.297 km to be exact. Similar to the other commuter lines, all eleven stations on the Brown Line are built above ground. The MRT is the only system in Jakarta with some stations built underground.

The distance between each station on the Brown Line ranges between 1-2.5 km. Therefore, you can expect it to take a similar amount of time to travel between most stations along the line.

The table that is provided below summarizes all the stations making up Jakarta’s Brown (Duri – Tangerang) Commuter Line. The table is organized in with Duri Station listed first and Tangerang Station listed last. Therefore, as you move down the table you are moving from West Jakarta to Tangerang, Banten (from East to West).

Staying close to these stations is important if you want to efficiently get from one place to the next while in Jakarta. The three closest accommodation choices relative to each station are included in the table to give you an idea of practical options while in the city.

The table also summarized the approximate travel time between each station and each individual property. This should help you to find rooms that are convenient.

The Brown (Duri – Tangerang) Commuter Line may not offer visitors the best access to Jakarta’s markets, museums, malls, parks and attractions. But remember there are five other commuter lines in and around Jakarta. Using the links below you can access all the lines in the system. Supporting accommodation information is provided about each line in the system as well for your convenience:

The commuter network in Jakarta is also integrated with other transport systems throughout the city at specific stations. You can use this Jakarta Transportation Guide to find out additional information about each form of public transportation in Jakarta including the MRT.

If you are flying to/from Jakarta or want additional information about getting to/from the airport refer to the Jakarta Airport Guide.